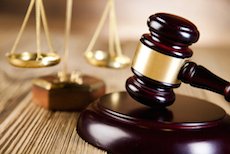 Lies and misleading statements about you can be damaging to both your reputation and your career. Among other things, they can make it much more difficult for you to advance at your job, or to find another job. Perhaps worse yet, in New York and New Jersey defamation of character can lead to you getting suspended, fired or disciplined at your current job.

Both New Jersey and New York law recognize defamation claims. Defamation occurs when someone makes a false statement of fact to someone else that causes you harm. For example, you could have a claim if you are damaged by a coworker who falsely tells your supervisor that you stole from the company if it causes you to get disciplined or fired.

Unlike most other employment law claims, defamation claims typically are against the individual who made the false statement about you, rather than against your employer. However, it is possible you could have a claim against your employer if the company (or government entity) you work for made the false statement, such as if it was part of an official announcement or statement published by the company.

As our New Jersey employment defamation lawyers can explain, since defamatory statements have to be false statements of fact, neither an opinion nor a true statement can be the basis for this claim. However, depending on the circumstances, you might have another claim such as “False Light” (discussed below) or retaliation.

Proving defamation is harder than proving most civil claims. Among other things, you have to prove it by “clear and convincing evidence,” rather than by a “preponderance of the evidence.”

One common form of defamation in the context of the workplace is when a former employer provides a false and negative job reference when you are looking for a new job. While the law provides some degree of protection to employers when they provide job references (a “qualified privilege”), in general someone cannot make a false statement of fact about you to a prospective employer if he or she either knows the statement is false, or acts with reckless disregard as to whether it is true.

For additional information, please call us at (973) 744-4000 to schedule a consultation with one of our New Jersey workplace defamation attorneys.

Both New Jersey and New York recognize another claim called “false light.” A false light claim occurs when someone says something to someone else that is either false or has the potential to portray you in a false light about something that would be highly offensive to a reasonable person.

Example: Your employer is investigating a theft that you obviously did not commit. If someone falsely states that you are the thief that could give rise to a defamation claim.

If, however, instead someone hangs a picture of you throughout the office with the caption saying: “If you know anything about the recent theft, please call the human resources department,” the sign would not be defamatory since it does not contain a statement of fact. However, it pretty clearly implies that you are a thief, an accusation that presumably would be highly offensive to a reasonable person. Accordingly, the sign could give rise to a false light claim.

Contact a New Jersey Employment Defamation Lawyer
Rabner Baumgart Ben-Asher & Nirenberg is dedicated to enforcing employee rights. For additional information, we welcome you to contact us online or to call our office at (973) 744-4000.
Contact Us
Search
Practice Areas
Employment Law Newsletter
Client Reviews
★★★★★
"I worked with Jonathan Nirenberg, ESQ on a sensitive emotional employment matter. Mr. Nirenberg was quick to respond, offered excellent advice, and always followed up with phone calls or emails when needed. My situation was settled out of court within a short period of time with the best possible results for not just me but also for the employer. Highly recommend and would seek his help again if needed..." Linda Busch, PhD
★★★★★
"We've had the pleasure of working with Jonathan on multiple individual and class employment cases. Jonathan is a skilled, dedicated and caring attorney that works diligently to bring justice for his clients. We would recommend Jonathan as a legal resource for any employment cases." Stephan Zouras, LLP
★★★★★
"I felt alone and without a voice, until I hired Jonathan I. Nirenberg of Rabner Baumgart Ben-Asher & Nirenberg, P.C. Mr. Nirenberg represented me in an employment matter. Without his help, I know that I would not have had the extremely successful outcome I had. Jonathan was not only professional, but very empathetic to what happened to me. Jonathan gave me support, and options in relation to a challenging employer/employment situation which was an extremely difficult time in my life..." Shelly Smith
View More
Submit a Law Firm Client Review