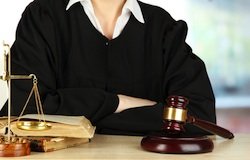 Proving discrimination and retaliation can be difficult since you are trying to show what someone else was thinking when they decided to fire, demote, suspend or take another adverse employment action against you. As a result, courts in New Jersey and New York analyze these claims using different proof patterns to help determine whether your employment law rights have been violated.

The first step under the determinative factor test is called the prima facie case. It is intended to make sure the facts are consistent with discrimination or retaliation. Typically, the employee has to offer some evidence of four things, namely whether he or she:

If you establish a prima facie, then your employer has to state a legitimate reason for taking the adverse action against you. Although the employer has to offer some evidence to support its explanation, it does not have to prove it is true.

Under the determinative factor test, once the employer has stated its reason for firing you, then you have the burden to prove it is more likely than not that the discriminatory or retaliatory reason made a difference in the company’s decision.

There are many different types of evidence you can use to meet this burden. For example, you can use direct evidence, meaning evidence directly reflecting the employer’s discriminatory or retaliatory motive. You also can use inferences, meaning something that does not directly prove the employer’s motive but makes it seem more likely it is true. Alternatively, you can meet your burden through evidence the employer’s explanation for its action is false. Employment lawyers refer to this as evidence of “pretext,” since you are showing the employer’s explanation is really a pretext (cover up or excuse) for discrimination or retaliation. You can, of course, use a combination of these types of evidence to prove your case.

At the end of the day, the question is whether the judge or jury believes it is more likely than not that an unlawful factor made a difference in the employer's decision to take the adverse employment action against you.

Other Ways to Prove Discrimination

The determinative factor test is not the only way to prove discrimination or retaliation. If you have direct evidence of retaliation, you also can use the mixed motive proof pattern.