A trial is one of the final steps in the litigation process. It is your opportunity to try to prove your employment law case and recover damages for your employer’s violations of your rights.

Trial by Judge or Jury 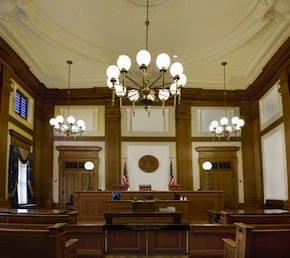 Jury Trial: Most employment law cases have jury trials. At a jury trial a judge rules on legal issues but the jury decides liability (meaning who wins or loses), and determines how much to award you in damages.

Bench Trials: In comparison, in a bench trial there is no jury. Instead, a judge makes all of the rulings and decisions. Certain employment law cases, such as ones involving non-compete agreements and other restrictive covenants, usually have bench trials instead of jury trials.

Phases of a Trial

Although not every trial proceeds the same way, there are certain steps involved in most cases. Some of the key phases of a typical trial are described below.

In a jury trial, one of the first steps is to select the members of the jury. The potential jurors are asked questions to help the judge and lawyers determine if they can be fair and impartial. The judge may excuse some potential jurors because they are biased. In addition, the lawyers have the right to eliminate a limited number of potential jurors for almost any reason.

At some point before the trial itself begins, the judge will allow the lawyers to make various motions. For example, the lawyers might ask the judge to prevent certain evidence from being used during the trial, or to prohibit a particular fact witness or expert witness from testifying.

Before the testimony begins, each lawyer has the opportunity to make an opening statement to explain his or her client’s case to the jury. Opening statements are intended to give the jury a preview about what each side expects to prove at the trial. In most employment law cases, the employee’s lawyer gives his or her opening statement first.

The testimony phase of the trial begins after the opening statements. Ordinarily, the employee’s lawyer selects the witnesses to call during the initial portion of the trial, and is the first one to ask questions to those witnesses. Your lawyer will try to prove your employment law case through this testimony and other documents that are put into evidence. When your lawyer is finished with each witness, the employer’s lawyer will have a chance to ask them questions through cross-examination.

After all of the testimony and evidence has been presented, the lawyers make their closing statements to the jury. The lawyers summarize the evidence presented during the trial, and try to convince the judge or jury to rule in favor of their clients. In most cases, the employee’s lawyer has the last word by giving the final closing statement.

In a jury trial, the judge will explain the relevant law to the jury and explain what they have to decide. This is called a jury charge. The judge  discusses the wording of the jury charge with the lawyers at some point during the trial, before reading it to the jury.

In a jury trial, the jurors are sent to a private jury room where they will deliberate until they decide how to rule in your case. They decide whether you have met your burden of proof to win your case, and if so, they also decide how much to award you in damages.

In contrast, in a bench trial the judge makes these decisions. Judges often ask the lawyers to submit written arguments after the trial is over, and do not issue their final rulings until after they receive those briefs.

After the trial itself is over, it is common for the lawyers to file one or more motions. For instance, your lawyer might file a motion asking your former employer to pay your attorney’s fees and costs or to add prejudgment interest to your award. Likewise, either side could ask the judge to overturn the verdict, or to increase or decrease the amount of the award.

After the judge has ruled on the post-trial motions, the parties have the right to file an appeal. More information is available on our employment law appeals page.

Rabner Baumgart Ben-Asher & Nirenberg, P.C. represents employees with discrimination, retaliation and other employment law claims, including at trials, in both New Jersey and New York. You can call us at (973) 744-4000 for more information.