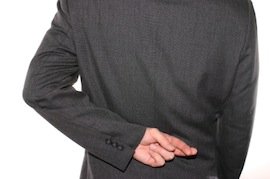 If you are an employee who discovers a fraud against New York State, New York City, New Jersey or the United States government — such as an individual or entity that is overcharging or stealing from the government — then you could be eligible for compensation for coming forward with that information.

Under the Federal False Claims Act and the New York State, New York City and New Jersey False Claims Acts, whistleblowers who have information about a company that has defrauded the state or federal government can file a special type of lawsuit on behalf of the government. This is known as a "Qui Tam action."

What Kinds of Fraud Falls Under the False Claims Act?

If the company is found to have defrauded the state or federal government, then the whistleblowing employee may be entitled to receive a portion of the monies the government collects as a result. Specific examples of acts of fraud against the government include:

If you have information about an entity that has committed fraud against New York State, New Jersey or the United States government, then we recommend you talk to an attorney who can evaluate a Qui Tam claim. If the government receives a substantial monetary judgment against the entity you could be eligible to receive a portion of that recovery.  In fact, depending on the circumstances, you could be entitled to receive up to 30% of the money the government is able to recover as a result of the information you provided.

Our employment lawyers are experienced at representing employees. We have been involved in numerous precedent-setting cases that have helped improve the legal rights of workers throughout New Jersey.

The False Claims Act protects individuals from retaliation when they bring claims under the False Claims Act, or assist someone else with such a claim. In addition, many other state and federal laws, like the New Jersey Conscientious Employee Protection Act ("CEPA"), the Sarbanes-Oxley Act and the Dodd-Frank Wall Street Reform Act protect whistleblowers against other forms of retaliation in the workplace. .

Please contact us if you have information about a fraud against the federal, state or local government in New York or New Jersey and would like to learn more about your legal rights. Our employment law attorneys represent whistleblowers throughout New Jersey and in New York City and its suburbs. We invite you to contact us online or call us in New Jersey at (973) 744-4000.