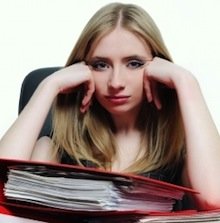 At Rabner Baumgart Ben-Asher & Nirenberg, our New Jersey gender discrimination lawyers enforce the rights of men and women at work.

Repeated studies have shown that companies routinely pay women less than their male counterparts for performing the same work. Not only is this unfair, but it also is illegal.

Women with comparable skill, education, knowledge and experience are entitled to be paid comparably to men who perform the same jobs. Unfortunately, both past and present discriminatory practices frequently lead to women receiving unequal pay for the same work.

In some companies, women are blocked from promotions above a certain level. For example, an employer might not allow women to reach Vice President or Director-level positions. This is often referred to as a “glass ceiling” because it is an invisible barrier that prevents women from rising to higher levels in the organization. Unfortunately, glass ceilings are a fairly common form of gender discrimination.

The New Jersey gender discrimination attorneys at Rabner Baumgart Ben-Asher & Nirenberg, P.C. are experienced at fighting back against employers that have created glass ceilings for women.

Sexual harassment occurs when someone is harassed because of his or her gender. The treatment does not necessarily have to be sexual in nature in order for it to violate your rights as long as it is directed at you because of your gender.

Sexual harassment is legally actionable if it is severe or occurs frequently enough that it would have a significant negative impact on a reasonable woman’s work environment.

Pregnancy discrimination is another common form of gender discrimination. It occurs when an employer treats pregnant women less favorably than their non-pregnant coworkers based on biases, assumptions or stereotypes, rather than based on facts.

While typically women are the ones who experience sex discrimination at work, occasionally a company or a supervisor favors women over men. Reverse discrimination against men is illegal in New Jersey, New York City and New York State.

While it is not always a form of gender discrimination, New Jersey law protects victims of domestic violence and sexual abuse from discrimination as well.

We have the knowledge and experience to provide the legal representation you need, and the compassion and understanding to appreciate and understand how difficult it is to live through discrimination at work. We look forward to the opportunity to meet with you and help protect your legal rights.

To learn more about your employment law rights please subscribe to our free employment law e-Newsletter, which includes the latest articles from our New Jersey gender discrimination attorneys.

Contact Us
Search
Practice Areas
Employment Law Newsletter
New Jersey Employment Lawyer Blog - Gender Discrimination
Client Reviews
★★★★★
"I worked with Jonathan Nirenberg, ESQ on a sensitive emotional employment matter. Mr. Nirenberg was quick to respond, offered excellent advice, and always followed up with phone calls or emails when needed. My situation was settled out of court within a short period of time with the best possible results for not just me but also for the employer. Highly recommend and would seek his help again if needed..." Linda Busch, PhD
★★★★★
"We've had the pleasure of working with Jonathan on multiple individual and class employment cases. Jonathan is a skilled, dedicated and caring attorney that works diligently to bring justice for his clients. We would recommend Jonathan as a legal resource for any employment cases." Stephan Zouras, LLP
★★★★★
"I felt alone and without a voice, until I hired Jonathan I. Nirenberg of Rabner Baumgart Ben-Asher & Nirenberg, P.C. Mr. Nirenberg represented me in an employment matter. Without his help, I know that I would not have had the extremely successful outcome I had. Jonathan was not only professional, but very empathetic to what happened to me. Jonathan gave me support, and options in relation to a challenging employer/employment situation which was an extremely difficult time in my life..." Shelly Smith
View More
Submit a Law Firm Client Review