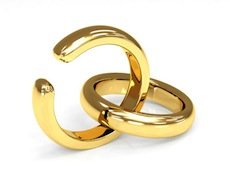 In New Jersey, the law prohibits discrimination on the basis of your marital status. That means your employer cannot use the fact that you are married, single, divorced or widowed as a basis to fire you, demote you, pass you up for a promotion or otherwise discriminate against you. Similarly, if you apply for a new job , it is illegal for the employer to decide to hire someone else because of your marital status.

Marital status discrimination often is based on stereotypes. For example, when making hiring decisions and work assignments, a supervisor might assume a single parent will not work as hard, will be less dependable, or will be less available to work overtime than an employee who is married. However, this is improper since stereotypes are frequently inaccurate and certainly do not apply to everyone in a particular group. It can be a violation of your employment law rights if your boss makes a decision about you based on an incorrect assumption due to your marital status.

Similarly, it is unlawful for a company to refuse to hire you because you are living with someone to whom you are not married. Although your boss might believe you are “living in sin,” the fact that you are not legally married to the person with whom you are living rarely, if ever, has anything to do with your qualifications for the job. It certainly should not be the basis for employment decisions.

The New Jersey marital status discrimination lawyers at Rabner Baumgart Ben-Asher & Nirenberg, P.C. are dedicated to representing employees in all forms of unlawful discrimination and harassment cases, including when it is based on marital status, domestic partnership status or civil union status. We invite you to contact us online or call us at (201) 777-2250 for more information about how we can help enforce your rights in the workplace.

To learn more about your legal rights, please visit our New Jersey Employment Law Blog. Or, you can read one of the following articles written by our New Jersey marital status discrimination attorneys: