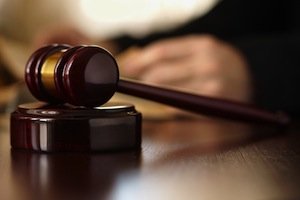 Although most discrimination and retaliation cases are proved using the McDonnell-Douglas determinative factor test, there is another proof pattern available in some situations under New Jersey and New York law.

Specifically, employees who have “direct evidence” of discrimination can use the mixed motive proof pattern. This proof pattern is sometimes referred to as the Price Waterhouse test because it originates from United States Supreme Court Justice Sandra Day O’Connor’s opinion in Price Waterhouse v. Hopkins.

When Does the Mixed Motive Proof Pattern Apply?

The mixed motive proof pattern applies only if there is “direct evidence” of discrimination or retaliation. There at least three different forms of direct evidence.

The first type of direct evidence is when the employer openly admits during the lawsuit that it used an unlawful factor when it made an employment decision, but still claims its decision was lawful. For instance, an employer might reject a job candidate because he has a disability that it believes prevents him from performing the essential functions of his job, even with a reasonable accommodation. Alternatively, an employer might admit it only wanted a man, or only wanted a woman, for a particular job.

The second type of direct evidence is a document or testimony in which a decision-maker admits he or she considered an illegal factor. In other words, it is a proverbial “smoking gun,” such as an email or other document which shows someone considered a factor like race, age or gender in making an employment decision. Unlike an admission during a lawsuit, the employer still might dispute that it actually used the illegal factor in making its decision, such as by claiming the document only reflects the opinion of one individual and did not impact the final decision, or argues that the admission is being taken out of context.

The third type of direct evidence is something that directly but more subtly reflects the employer’s discriminatory motive. For example, a statement in which an employer indicates it is seeking to become “more energetic” could directly reflect age discrimination even though it does not mention age. Likewise, a statement by a supervisor that it fired a whistleblower because he was “disloyal” could directly reflect an intention to retaliate. However, employers typically provide an alternative innocent explanation for these types of statements.

How Does the Mixed Motive Proof Pattern Work?

As in cases under the determinative factor test, in a mixed motive case the employee first has to prove a prima facie case by showing that he or she: