New Jersey and New York law both prohibit employers from engaging in discrimination based on national origin. In other words, it is a violation of your employment law rights if your company treats you less favorably based on the country in which you were born.  At Rabner Baumgart Ben-Asher & Nirenberg, P.C., our employment lawyers will work hard to protect your workplace rights.

Many Different Forms of National Origin Discrimination Are Illegal 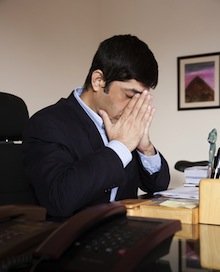 National origin discrimination can take many forms. For example, it can include negative decisions relating to being hired, fired, promoted or demoted if the decision was based on the nation in which you were born.

Similarly, there can be many different reasons why a supervisor might commit national origin discrimination. For instance, it can be the result of current or historical tensions between the country in which you were born and the country in which your supervisor, boss or the owner of your company was born. Other times, it can be due to cultural differences. Likewise, sometimes national origin discrimination is based on prejudices or unfair stereotypes about people who were born in a particular country or region.

In addition to forbidding national origin discrimination, New Jersey and New York City’s anti-discrimination laws prohibit discrimination based on your ancestry. As a result, if you work in New Jersey or New York City, it is a violation of your employment law rights for your employer to treat you less favorably because of the country where your parents, grandparents or other ancestors were born, whether or not you ever personally lived there.

If you have experienced unlawful discrimination at your job, please feel free to call us at (201) 777-2250 to schedule an appointment with one of our New Jersey national origin discrimination lawyers.

Prohibiting Harassment Based on Your Nationality

Similarly, the law in both New Jersey and New York prohibits employers from harassing an employee based on his or her national origin or ancestry. If you have been severely or frequently teased, insulted, mocked, threatened or otherwise mistreated because of the country in which you were born, you may have an harassment claim.

Contact Us About National Origin Discrimination at Your Job

If you have been fired, wrongfully terminated, laid off, demoted, passed up for a promotion, harassed, or experienced another form of discrimination based on your national origin or ancestry, then your employment law rights may have been violated. We welcome you to call Rabner Baumgart Ben-Asher & Nirenberg, P.C. in New Jersey at (201) 777-2250 or to contact us online to schedule a consultation with one of our experienced New Jersey national origin discrimination attorneys.