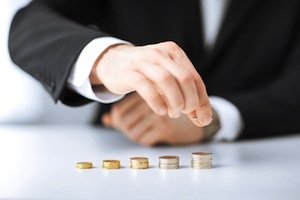 New Jersey has an extremely strong law that protects employees against pay discrimination, the Diane B. Allen Equal Pay Act.  For example, instead of requiring the employee to prove the reason she was paid less is discriminatory, the Act places the burden of proof on the employer to show that the reason it paid you less than your coworkers was not discriminatory.

In addition, New Jersey's Equal Pay Act has a six-year look-back period, making it possible to recover damages going back up to six years.  It also provides for treble (triple) damages, meaning you can recover three times your actual economic losses.  Those remedies are on top of the right to recover damages for the emotional distress that you experienced as a result of the discrimination, and the ability to recover your attorney's fees from your employer.

Gender and Race Discrimination in Pay

Perhaps the most common forms of pay discrimination are based on gender, race and color. Historically, women and people of color have been paid far less than white males who perform the same (or similar) work.

While the pay gap may have somewhat narrowed over time, female, African American and Latino workers still are paid far less than their white male counterparts who have the same level of education, training and experience. These forms of race, color and gender discrimination violate the law.

State and federal anti-discrimination laws including the Equal Pay Act ("EPA"), the New Jersey Law Against Discrimination ("LAD"), and the New York Human Rights Law ("NYHRL") prohibit companies from using gender, race, color or another prohibited discriminatory reason to pay you a lower salary, smaller bonus, lower commissions, or to deprive you of another benefit it provides to your peers.

In an effort to protect employees who want to learn whether they have been the victim of pay discrimination, the New Jersey Law Against Discrimination ("LAD") prohibits employers from retaliating against employees who ask a current or former coworker about their compensation or benefits. For more information about this legal protection please see our articles: Governor Christie Signs Two New Employment Laws and NYC Bans Salary Inquiries from Job Applicants.

If you have been underpaid for a discriminatory reason, then you should contact a New Jersey pay discrimination attorneys at Rabner Baumgart Ben-Asher & Nirenberg, P.C.  Our telephone number is (201) 777-2250.

If you would like to learn more about equal pay claims, we recommend you read one of the following articles on our Employment Law Blog: