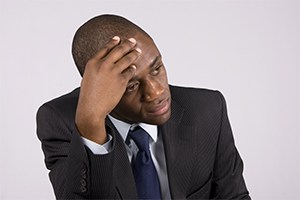 Racial harassment violates the law. Both New Jersey and New York law prohibit employers from harassing their employees based on their race. In other words, it is illegal for your employer to create a hostile work environment for you because you are African American, Hispanic / Latino, Asian, Caucasian, or a member of another race.

Sometimes harassment can be overly racist. For example, it can include the use of racist words, symbols and imagery in the workplace, such as when an employer uses the “N-word” or another racist slur, hangs a noose or another racist symbol, or makes racist jokes. It also can include negative comments about members of your race such as ones that promote or assume you fit within a negative race-based stereotype.

Of course, harassment also can be more subtle. Examples of subtle harassment can include your employer giving you a less desirable job assignment, office or shift, denying you overtime opportunities, unfairly criticizing your job performance, or otherwise treating you negatively based on your race. Although it often is more difficult to prove these types of actions were based on your race, subtle harassment unquestionably can violate the law.

When is Racial Harassment Legal Actionable?

As our New Jersey race harassment attorneys can explain, not all negative treatment toward an employee because of his or her race is legally actionable. Rather, the harassment has to be either severe (really bad) or pervasive (very frequent) before it is unlawful.

Typically, harassment is made up of a series of relatively minor negative actions that occur over a long period of time that together create a hostile work environment. However, even a single action can create a hostile work environment if it was extremely severe, such as when one of the employer’s top officials uses a particularly offensive racist term.

When evaluating whether a pattern of harassment was severe or pervasive enough to be legally actionable, you generally cannot include an adverse employment action such as a wrongful termination, suspension, demotion or denial of a promotion. However, the fact that your employer took another form of race discrimination toward you certainly can help prove that the reason for the harassment was because of your race. Of course, the termination or other adverse action also would be separately actionable.

Other Forms of Unlawful Harassment

In addition to prohibiting racial harassment, New Jersey and New York law make it unlawful for an employer to create a hostile work environment because of your gender (sexual harassment), or because of your age, disability, color, national origin, pregnancy, religion, sexual orientation, marital status, or veteran or military status.

Our New Jersey racial harassment lawyers can help if you have experienced unlawful harassment, discrimination or retaliation at your job in either New Jersey or New York. Please feel free to contact us online or to call us at (201) 777-2250 to schedule an initial consultation.

For additional information, we welcome you to read one of the following articles from our New Jersey Employment Lawyer Blog: