Retaliation is Illegal in New Jersey and New York 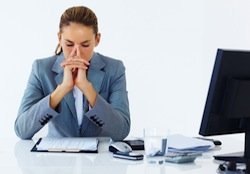 As our New Jersey whistleblower lawyers can explain to you, numerous state and federal laws make it illegal for your employer to retaliate against you. For example, the New Jersey Law Against Discrimination ("LAD"), the New York Human Rights Law ("NYHRL") and the New York City Human Rights Law ("NYCHRL") all protect employees who complain about illegal discrimination or harassment in the workplace.

In addition, both New Jersey and New York law prohibit employers from retaliating against employees because they took time off from work for jury duty. Further, the First Amendment offers protection to state and local government employees who speak out about issues of public concern.

New Jersey has one of the country’s broadest whistleblower laws, the Conscientious Employee Protection Act ("CEPA"). Among other things, CEPA makes it illegal for your employer to retaliate against you if you object to or refuse to participate in something you reasonably believe is illegal, criminal, fraudulent, or violates a clear public policy requirement that relates to public health, safety, welfare or the environment. If you are a licensed or certified health care professional, CEPA also applies if you objected to or refused to participate in an activity you reasonably believed constitutes improper quality of patient care.

Both New Jersey and New York law prohibit employers from retaliating against employees who seek workers’ compensation benefits, or who file worker's compensation claims. Worker's compensation retaliation can occur because an employer is upset that your claim could increase its insurance rates or require it to complete extra paperwork, because it brings to light a dangerous condition in the workplace, or for a variety of other reasons.

What Actions By My Employer Can Be Considered Retaliation?

A wide variety of retaliatory conduct can violate your employment law rights if it is based on the fact that you engaged in a legally-protected activity. In other words, retaliation can come in many forms.

Sometimes employers harass employees who raise legally protected complaints, trying to punish them or to convince them to stop pressing those complaints. Other employers fire, discipline, demote, pass over for promotion or take another adverse employment action against employees who object to violations of the law. Each of these forms of retaliation can be illegal.

If you have experienced retaliation at your job, or would like more information about your employment law rights in New Jersey or New York, Rabner Baumgart Ben-Asher & Nirenberg, P.C. can help.  Please call one of the New Jersey whistleblower lawyers of at (201) 777-2250, or contact us online to schedule a consultation to discuss your case.

Contact Us
Search
Practice Areas
Employment Law Newsletter
New Jersey Employment Lawyer Blog - Retaliation / Whistleblowing
Client Reviews
★★★★★
"I worked with Jonathan Nirenberg, ESQ on a sensitive emotional employment matter. Mr. Nirenberg was quick to respond, offered excellent advice, and always followed up with phone calls or emails when needed. My situation was settled out of court within a short period of time with the best possible results for not just me but also for the employer. Highly recommend and would seek his help again if needed..." Linda Busch, PhD
★★★★★
"We've had the pleasure of working with Jonathan on multiple individual and class employment cases. Jonathan is a skilled, dedicated and caring attorney that works diligently to bring justice for his clients. We would recommend Jonathan as a legal resource for any employment cases." Stephan Zouras, LLP
★★★★★
"I felt alone and without a voice, until I hired Jonathan I. Nirenberg of Rabner Baumgart Ben-Asher & Nirenberg, P.C. Mr. Nirenberg represented me in an employment matter. Without his help, I know that I would not have had the extremely successful outcome I had. Jonathan was not only professional, but very empathetic to what happened to me. Jonathan gave me support, and options in relation to a challenging employer/employment situation which was an extremely difficult time in my life..." Shelly Smith
View More
Submit a Law Firm Client Review