Has the Government Violated Your Constitutional Rights at Work? 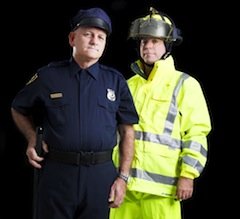 The attorneys at Rabner Baumgart Ben-Asher & Nirenberg handle civil rights claims on behalf of employees who work for the state and local government, including police officers, firefighters and other municipal workers.

It is important to realize that each Constitutional right is limited. For example, these freedoms protect you only from actions by the government; your exercise of these rights cannot unreasonably interfere with someone else's right; and employers still can establish reasonable policies, rules and job requirements, even if they impede on your Constitutional rights.

Under the First Amendment to the United States Constitution, individuals have the right to free speech. This means the government is limited in how it can respond to the words you use outside of work and outside of your job duties. As an employee, you might have a First Amendment retaliation claim. Further, if your employer fires, disciplines or harasses you, or takes another adverse employment action against you because you spoke out about a matter of public concern.

Not all speech is protected by the First Amendment. For example, the speech has to relate to a matter of public concern. In other words, it has to be about a matter of political, social or other concern to the community. If you work for the government, for your speech to be protected it has to have been made by you as a citizen, rather than as part of fulfilling your job duties. Further, in some cases a judge has to decide whether the value of your speech outweighs the government’s interest in providing efficient public services through its employees.

The First Amendment also guarantees citizens the right of freedom of religion. This means the government is limited in the ways it can prohibit religious practices, including some expressions of religious beliefs in the workplace. Similarly, in New Jersey and New York, religious discrimination by both public and private employers is prohibited, meaning an employer cannot discriminate against an employee based on his or her religious practices or beliefs.

Freedom to Petition the Government

Employees also have a Constitutional right to formally petition the government. This includes the right to file a lawsuit or union grievance, or to make certain other formal protests against the federal, state or local government. As a result, it is unlawful for the government to retaliate against a public employee because he petitioned the government.

The Constitutional right to equal protection of the law means it is illegal for the federal, state or local government to discriminate against you because of your race, color or gender.

Due Process of Law

Under certain circumstances, before the government can take away a person’s life, liberty or property, the individual is entitled to fair notice, a hearing, and a decision by an impartial judge. As a result, some employees who work for the government are entitled to a hearing before they can be fired, demoted, suspended without pay or subjected to other severe discipline.

If you believe your civil rights have been violated at work, we can help. Our attorneys are experienced at representing police officers, firefighters and other municipal employees who have experienced retaliation in violation of the First Amendment, and violations of their right to freedom of religion, to petition the government, or to equal protection or due process of law.

For more information, we welcome you to contact us online or call us at (973) 744-4000. You also may be interested in reading one of the following articles:

Contact Us
Search
Practice Areas
Employment Law Newsletter
New Jersey Employment Lawyer Blog - Civil Rights
Client Reviews
★★★★★
"I worked with Jonathan Nirenberg, ESQ on a sensitive emotional employment matter. Mr. Nirenberg was quick to respond, offered excellent advice, and always followed up with phone calls or emails when needed. My situation was settled out of court within a short period of time with the best possible results for not just me but also for the employer. Highly recommend and would seek his help again if needed..." Linda Busch, PhD
★★★★★
"We've had the pleasure of working with Jonathan on multiple individual and class employment cases. Jonathan is a skilled, dedicated and caring attorney that works diligently to bring justice for his clients. We would recommend Jonathan as a legal resource for any employment cases." Stephan Zouras, LLP
★★★★★
"I felt alone and without a voice, until I hired Jonathan I. Nirenberg of Rabner Baumgart Ben-Asher & Nirenberg, P.C. Mr. Nirenberg represented me in an employment matter. Without his help, I know that I would not have had the extremely successful outcome I had. Jonathan was not only professional, but very empathetic to what happened to me. Jonathan gave me support, and options in relation to a challenging employer/employment situation which was an extremely difficult time in my life..." Shelly Smith
View More
Submit a Law Firm Client Review