Protecting the
Rights of Employees
Contact Us Now
For a Consultation
Home
Attorneys
David H. Ben-Asher 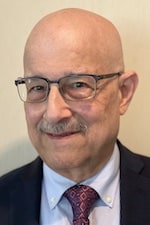 David H. Ben-Asher is a partner of the firm. He devotes his practice to the representation of employees in a full range of employment cases and has worked exclusively in that area for decades.

Mr. Ben-Asher served as Deputy Attorney General and Chief Counsel to the New Jersey Division on Civil Rights and later as a hearing examiner for that agency presiding over formal discrimination hearings and rendering recommended decisions. He also served as the County Counsel of Essex County, and subsequently as the Assistant Commissioner and Director of Litigation of the New Jersey Department of the Public Advocate. He has served as a member of the New Jersey Supreme Court Committee on Civil Practice.

Mr. Ben-Asher has argued and/or tried cases in every court level in the jurisdiction from the United States Supreme Court down to lower state courts. Mr. Ben-Asher drafted the provisions of the New Jersey Law Against Discrimination which prohibit discrimination based on sex and disability, and handled many of the first important cases involving alleged violations of those provisions. He has been the attorney in a number of employment cases which resulted in precedent-setting rulings. In another area, Mr. Ben-Asher obtained a landmark federal court decision which ordered the President to expend $239 million for a nationwide employment program for youths.

Mr. Ben-Asher has been included in the "Super Lawyers" list, published by Thomson Reuters from 2006 to present (employment and labor) and has been AV® Preeminent™ Peer Review Rated — the highest rating in legal ability and ethical standards — by Martindale-Hubbell® for the last 30 years.  For a description of the selection methodology for Martindale-Hubbell and the Super Lawyers list, please click on the links.  No aspect of this advertisement has been approved by the Supreme Court of New Jersey. 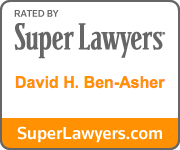 He frequently lectures and writes on employment law subjects. He has organized and has been a speaker at seminars for lawyers conducted by the New Jersey Institute for Continuing Legal Education and the New Jersey State Bar Association, including on the following topics:

Mr. Ben-Asher earned his J.D. from the Georgetown University Law Center and received a B.A. from Rutgers College, Rutgers, the State University of New Jersey.