Protecting the
Rights of Employees
Contact Us Now
For a Consultation
Home
Attorneys
Elliot M. Baumgart 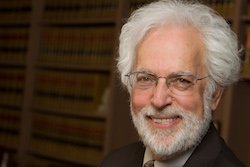 Elliot M. Baumgart is a retired partner of the firm. His practice was devoted exclusively to employment law matters. He represented employees and former employees in a wide range of claims, including age, gender, race and disability discrimination, sexual harassment and whistleblower retaliation claims. He also counseled employees in the negotiation of termination-related severance agreements.

In addition to his advocacy on behalf of employees, Mr. Baumgart devoted a great deal of his professional practice to serving as a mediator, exclusively in employment law disputes. He mediated more than 750 employment law cases and was highly sought after to serve as the neutral by both the management and plaintiffs' bar. He also served on the United States District Court Certified Mediator Panel for New Jersey. In addition, Mr. Baumgart served as a mediator for the American Arbitration Association ("AAA"), where he was appointed to its panel of mediators of employment disputes. He also was selected as a member of the National Academy of Distinguished Neutrals ("NADN"), where he served for a number of years.

Mr. Baumgart was included in the “Super Lawyers” list, published by Thomson Reuters, 2009 to 2021, and has been AV® Preeminent™ Peer Review Rated — the highest rating in legal ability and ethical standards — by Martindale-Hubbell® for the last 30 years. For a description of the selection methodology for Martindale-Hubbell and the Super Lawyers list, please click on the link. No aspect of this advertisement has been approved by the Supreme Court of New Jersey.

Mr. Baumgart is a former member of the New Jersey Association of Professional Mediators, the National Employment Lawyers Association ("NELA") and its New Jersey affiliate, the Garibaldi ADR Inn of Court and the American Bar Association Section of Dispute Resolution.

Mr. Baumgart frequently served as a mentor to new entrants to the field of mediation through the New Jersey Superior Court annexed mediation program. He also holds a Certificate of Proficiency in employment law and mediator skills training for ADR Neutrals awarded by the New York University School of Law Center for Labor & Employment Law.

Mr. Baumgart was admitted to practice in the New Jersey state court, the United States District Court for the District of New Jersey, the Court of Appeals for the Third Circuit and the United States Supreme Court. He earned his J.D. from the University of Michigan Law School and received a B.A. from the City College of the City University of New York.