What Is Employment at Will? 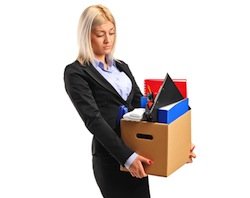 In New York and New Jersey, employment at will is the principle that you can be fired from your job for virtually any reason, or even for no reason at all. It is the default rule in almost every state in the United States, including both New Jersey and New York. While this might sound harsh, there are many important exceptions that could give you legal protection if you are fired unfairly.

In New York and New Jersey, employment at will works in both directions. The presumption is not only that your company can fire you for almost any reason, but also that you can quit your job for almost any reason without giving advance notice. Accordingly, while it is customary to give two weeks’ notice when you resign, there is no legal requirement that you do so. Of course, it usually is a good idea to give your employer at least one or two weeks’ notice before you resign, especially if you are trying to be fair, want to leave your job on good terms, or might want a job reference in the future.

What Are They Key Exceptions to Employment at Will?

Perhaps the simplest exception to employment at will is an employment contract that either guarantees you a job for a specific period or limits the company’s right to fire you. Examples include a one-year guaranteed contract, or a contract that states you can be fired only for “cause.”

Further, there are many wrongful termination laws that limit your employer’s right to fire you. For example, state and federal anti-discrimination laws make it illegal for companies to fire their employees because of their age, race, color, national origin, disability, gender, marital status, pregnancy, sexual orientation, religion or veteran and military status. In addition, numerous laws protect employees from retaliation when they object to something they reasonably believe violates the law.

Likewise, the United States Constitution protects state and local government employees from being fired because they exercised their Constitutional rights, such as the First Amendment rights of freedom of speech and freedom of religion.

Some company policies and individual employment contracts guarantee employees the right to receive severance pay under specific circumstances. This is a partial exception to employment at will since it could provide you some financial protection if you are fired for no good reason.

Similarly, laws like the Worker Adjustment and Retraining Notification ("WARN") Act provide similar protection to employees by guaranteeing them advance notice before certain mass layoffs and reductions in force.

If you are an employee at will and have been fired in New Jersey or New York, we can evaluate whether your legal rights have been violated. Please contact us at (973) 744-4000 to schedule a meeting with one of our employment law attorneys.