Protecting the
Rights of Employees
Contact Us Now
For a Consultation
Home
Attorneys
Jonathan I. Nirenberg 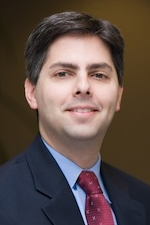 Jonathan I. Nirenberg is a partner of the firm.  Since graduating from Cornell Law School, he has dedicated his career to representing individuals in employment law matters. He has extensive experience negotiating and litigating cases involving workplace discrimination, retaliation, and harassment.  He also frequently helps workers with issues relating to employment contracts, severance agreements, non-compete agreements, family and medical leaves, and reasonable accommodations.

In addition, Jonathan has handled numerous overtime and minimum wage class and collective actions, as well as matters involving unpaid commissions. He also has handled many First Amendment whistleblower cases on behalf of police officers, firefighters, and other municipal workers.

Jonathan is not just a New Jersey employment attorney, but also a prolific writer.  He has written hundreds of articles for our Blog and Newsletter. He also is the author of the following published articles:

New Jersey Super Lawyers Magazine has selected Jonathan for inclusion on its list every year from 2017 to the present, and on its Rising Star list from 2011-2013.

Thomson Reuters selects individuals to be included on each of these lists based on a combination of peer nominations, evaluation of candidates, and independent research. Each year, no more than 5% of attorneys practicing in New Jersey are selected to the Super Lawyers list, and no more than 2.5% are selected for the Rising Star list. Information about the selection process is available on the Super Lawyers website. No aspect of this advertisement has been approved by the Supreme Court of New Jersey.

Jonathan has received an AV Preeminent Peer Review Rating from Martindale Hubble and Lawyers.com. This rating is defined to be a testament to the fact that his peers rank him at "the highest level of professional excellence." Please follow the link for information about the methodology for Martindale-Hubbell's peer review ratings.  No aspect of this advertisement has been approved by the Supreme Court of New Jersey.

Jonathan is a New Jersey Rule 1:40-qualified mediator who is included on the Superior Court of New Jersey's roster of civil mediators. He conducts both private and court-ordered mediation in a wide range of cases involving workplace rights. Additional information is available on his mediation profile.

Prior to joining our firm, Jonathan was the managing partner of The Nirenberg Law Firm, LLC; a founding partner of Resnick & Nirenberg, P.C.; and a partner of Deutsch Resnick, P.A.

Past Employment Positions
Contact Us
Search
Practice Areas
Employment Law Newsletter
Client Reviews
★★★★★
"I worked with Jonathan Nirenberg, ESQ on a sensitive emotional employment matter. Mr. Nirenberg was quick to respond, offered excellent advice, and always followed up with phone calls or emails when needed. My situation was settled out of court within a short period of time with the best possible results for not just me but also for the employer. Highly recommend and would seek his help again if needed..." Linda Busch, PhD
★★★★★
"We've had the pleasure of working with Jonathan on multiple individual and class employment cases. Jonathan is a skilled, dedicated and caring attorney that works diligently to bring justice for his clients. We would recommend Jonathan as a legal resource for any employment cases." Stephan Zouras, LLP
★★★★★
"I felt alone and without a voice, until I hired Jonathan I. Nirenberg of Rabner Baumgart Ben-Asher & Nirenberg, P.C. Mr. Nirenberg represented me in an employment matter. Without his help, I know that I would not have had the extremely successful outcome I had. Jonathan was not only professional, but very empathetic to what happened to me. Jonathan gave me support, and options in relation to a challenging employer/employment situation which was an extremely difficult time in my life..." Shelly Smith
View More
Submit a Law Firm Client Review