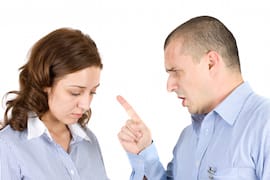 Most employers use various forms of discipline to correct and punish improper behaviors by their employees. However, in New York and New Jersey, employment discipline often is used to harass, discriminate, or retaliate against employees in violation of the law.

Some employment contracts, including union collective bargaining agreements, limit how and when your employer can discipline you. For example, some employment agreements limit the employer’s right to fire you unless there is “good cause” or “just cause” to do so.

Similarly, many employee handbooks include requirements or other limitations on how and when the employer can issue discipline to its employees. However, employee handbooks typically include disclaimers which make it difficult or impossible to legally enforce these policies.

In addition to any contractual rights you might have, the law prohibits employers from using discipline as a way to unlawfully discriminate or retaliate against you.

For example, in both New Jersey and New York, it would be a violation of the law for your employer to fire, demote, or take another adverse employment action against you because of your age, race, gender, pregnancy, disability, sexual orientation, national origin, color, religion, marital status, or military status. Likewise, in New Jersey it would be illegal for an employer to discipline you because you objected to or refused to participate in an activity that you reasonably believed was illegal, fraudulent, or criminal.

If you believe your employer had used discipline in a way that violates your employment law rights, Rabner Baumgart Ben-Asher & Nirenberg can help. You can contact us online, or call our law office at (973) 744-4000.